To share your memory on the wall of Carl Schlueter, sign in using one of the following options:

Print
Carl Menno David Schlueter, of Walkerton passed away on Tuesday, October 20, 2020 at the age of 96. He was a long term member of the Independent Order of Oddfellows, having achieved over 50 years of membership.

Loving father of Dave (Mar... Read More
Carl Menno David Schlueter, of Walkerton passed away on Tuesday, October 20, 2020 at the age of 96. He was a long term member of the Independent Order of Oddfellows, having achieved over 50 years of membership.

Loving father of Dave (Maritza) of St. Cloud, Florida and Bob (Joan) of London On. and stepfather of Dave (Zen) of Woodstock NB. He will be remembered by his grandchildren Carrie Young, Mickey Pepin, great-granddaughter Brinley, sister-in-law Winnie Schlueter and niece Sheila Bellefeuille (Brian) of Cambridge. He will also be dearly missed by his faithful sidekick, his little dog "Murphy."

A private memorial service will be held at the Cameron Funeral Home, Walkerton. Interment will take place at a later date at the Harris Street Cemetery in Ingersoll, Ontario.

A special thank you to Gord and Pauline Francis, Kathy Kennedy, Evelyn Finnegan, Sandy Brooking and Truus Zwart for all of the care and kindness you have shown Carl.

As expressions of sympathy, donations to the Canadian National Institute for the Blind (CNIB) would be appreciated and may be made through Cameron's in Walkerton. Cards available at the funeral home. Online condolences and donations may be made at www.cameronfuneralhomes.com
Read Less

Receive notifications about information and event scheduling for Carl

You will receive any future notification messages.
No funeral details available.

Donations are being accepted for: The Canadian National Institute for the Blind L'Institut national Canadien pour les aveugles.

We encourage you to share your most beloved memories of Carl here, so that the family and other loved ones can always see it. You can upload cherished photographs, or share your favorite stories, and can even comment on those shared by others.

3 trees were planted in the memory of Carl Schlueter

Posted Dec 01, 2020 at 12:59pm
Sincere sympathy to Carl's family of his passing. We knew Carl from the Huron Pioneer Threshers and the Two Cylinder Club. Had some nice conversations with him while looking after membership for Blyth. Also cared for Eva when she was in hospital. You are in our thoughts and prayers. Judy & Jim Sloan
Comment Share
Share via:
KK

Posted Oct 24, 2020 at 08:31pm
So sorry to hear of Carl's passing. He was a great neighbour who will be missed! The birthday get together and the Neustadt sauerkraut supper won't be the same without him.
Doreen Weber
Comment Share
Share via:
RM

Posted Oct 24, 2020 at 09:20am
My condolences for your loss. I was honoured to have spoken with Carl over the past few months. I enjoyed his conversation, his humorous stories and his way of making things truthfully obvious. God's peace surround you with warm memories at this time.
Rev. Pam McNeil
Interim pastor, Trinity Lutheran Church, Walkerton.
Comment Share
Share via:
G

Posted Oct 23, 2020 at 09:22pm
Carl lived a long life,who will I party with now? Lol. He was a good fellow.
George Longmire
Comment Share
Share via: 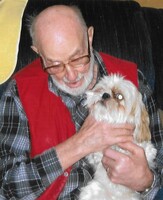 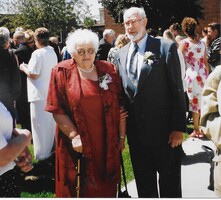 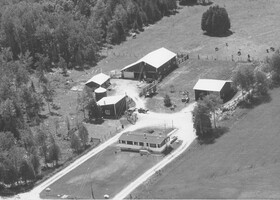