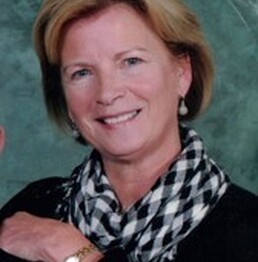 It is with profound sadness we announce the passing of Carol Allen (nee Baynton) on Thursday, August 18, 2022.

Survived by her beloved husband of 44 years, Bill and sons Kevin of Paisley and his children Isabella and Lincoln, David and his wife Leah of Singapore and their children Lila, Auggie and Chloe, Nicholas and his wife Erin of Kitchener and their children William and Ben. Also survived by brother Ray Baynton and his wife Lois of Wingham; sister Donna Durrer and her husband Chuck of Mildmay; brothers-in-law David Allen of Owen Sound, Tom Allen of Goderich; sisters-in-law Jane Allen of Walkerton, Margaret and her husband Bill Mellstrom of Calgary as well as many nieces, nephews, great nieces and nephews.

Carol graduated from W.D.S.S. and enrolled in Honours Science at University of Waterloo, then on to College of Pharmacy at University of Toronto. After graduating, she came back to her hometown of Mildmay where she was employed at Stewart’s Pharmacy from 1976 until she retired in 2021.

Carol had many loves in life, but her biggest was her family. She was very proud of her three boys and their families. She also loved to cook and experiment in the kitchen, quilt, and sew making quilts for her seven grandchildren and many blankets and towels for the Grand River N.I.C.U Department in Kitchener. She also loved to travel whether to the sunny south, the U.K. or from coast to coast in Canada.

Memorial donations to the Saugeen Hospice Inc would be appreciated by the family as expressions of sympathy. Online condolences and donations may be made through Carol’s memorial page at www.cameronfuneralhomes.com

We would like to thank Dr. Breadner and Nurse Sara at LHSC Oncology Dept as well as Dr. Bowman, nurses and staff at the Walkerton Hospital Unit 2 for their care and compassion to Carol during her stay.