To share your memory on the wall of Gordon Brown, sign in using one of the following options:

Provide comfort for the family by sending flowers or planting a tree in memory of Gordon Brown.

Provide comfort for the family of Gordon Brown with a meaningful gesture of sympathy.

It is with great sadness that the family of Gord Brown announce his sudden passing, the result of a heart attack in St. John, New Brunswick, his home for the past year.

Gord was born and raised in Walkerton He received his education at W... Read More
It is with great sadness that the family of Gord Brown announce his sudden passing, the result of a heart attack in St. John, New Brunswick, his home for the past year.

Gord was born and raised in Walkerton He received his education at WDSS and later at the George Brown School of Culinary Arts. He worked for many years in Toronto at various well- known hotels and restaurants before settling at Lake Rosalind where he made his home for 30 years. There he built an industrial kitchen and “Oodles of Noodles” was born. He supplied ready-to-go meals for his customers. The majority of the herbs and vegetables he used in his recipes were grown in his own large garden. Gord believed in using the freshest ingredients for his dishes.

Gord loved the lake and the outdoors in general. He was a regular fixture at sunset as he patrolled the lake in his small motorboat with his trusty dog manning the helm. Christmas day usually found him cooking turkey dinners for his elderly shut-in friends. He would deliver the dinners personally and make sure he made time for a little visit as well. His other gift to these friends were jars of his homemade jams and jellies. He made sure these people were not forgotten or overlooked at that special time of year.
Friends and family have always maintained that Gord marched to his own drum, and indeed he did. His philosophies and ideas were unique to him (and amusing to others!) but always provided fodder for interesting and stimulating conversations.

Arrangements entrusted to Cameron’s of Walkerton. Cards available at the funeral home (519-881-1273). Condolences may also be made online at www.cameronfunerlhomes.com

Receive notifications about information and event scheduling for Gordon 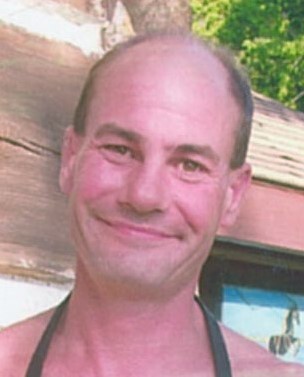 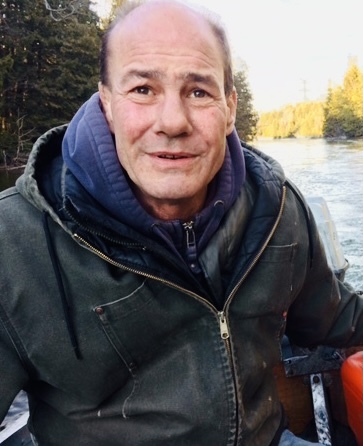 Donations are being accepted for: Lake Rosalind Property Owners Association.

We encourage you to share any memorable photos or stories about Gordon. All tributes placed on and purchased through this memorial website will remain on in perpetuity for generations.

Honor the life of Gordon McLeod Brown by planting a memorial tree.
Plant a Tree in Memory of Gordon
Planted in the area of greatest need
AG

I am sorry to hear of Gord’s passing. I met him a long time ago, when he was apprenticing at the Windsor Arms, more specifically the Three Small Rooms. He was a great chef and loved to share his passion with friends. He had to be one of the kindest, most gentlest of souls I have come across in my life. He also had one of the nicest smiles, his eyes would smile as well. I am sure he will leave a big hole in the family. I feel very blessed in having crossed paths with him many many years ago-
Comment | Share Posted Feb 12, 2021 at 08:16pm via Condolence
TZ

Dear Laura:
Please accept our expressions of sincere sadness at your loss; my parents (Rudy & Fran) and my sister (Patricia) and myself Andy.
What I knew of Gord was a man (and boy) with a mischievous grin and sense of humor to go along with it. He was also of a kindly disposition and someone who was willing to engage in some deeper spiritual discussion. I know my father enjoyed these discussions along with getting culinary tips from your husband. I also had the experience of enjoying Gord’s excellent cooking handiwork on a few occasions.
On a humorous note, I still remember a wrestling match Gord and I had on the dock which ended up with us both fully clothed and in the lake. We enjoyed a good laugh.
I realize that grieving is a very personal experience. My heart goes out to you. A friend reminded me once that “letting go of grief is not about forgetting the past but about remembering the future.” In line with that, a scripture that comforts me is from John 5:28,29 which promises “… the hour is coming in which all those in the memorial tombs will hear his voice and come out, those who did good things to a resurrection of life …”; I look forward to that time. Gord, from my brief interactions with him, was a man who had the nature of doing good things.
Once again, please accept our heartfelt condolences.

To Laura and the Brown family-so very sorry to hear of Gord's passing. I have so many wonderful memories of our times together in Walkerton. He was such a kind and caring friend and he will be dearly missed. My deepest sympathies and prayers are with you at this difficult time.
Comment | Share Posted Dec 11, 2020 at 04:16pm via Condolence
JS

Our family will certainly miss Gordie. One of our fondest memories of the lake was chatting with Gord (and his dog) during his sunset lake tours about the times at WPS with my dad, Bob (who was his principal and greatly enjoyed Gordies character). As well we appreciated the care he took with my mother, Marlene through oodles of noodles during her last days. Gordie phoned us about a year ago saying he had found our old sportspal canoe...Of course it wasn't..it has been gone for decades. He will be missed. Jeff Spong
Comment | Share Posted Dec 08, 2020 at 10:15am via Condolence
BM

The Mauer family
To Laura and the Brown family
It is with great sadness that we heard about Gord’s passing. Gord was a friend to everyone who knew him.
Always ready to help in a time of need. We have missed him since he moved from the lake and were so sorry to hear of his passing.
Betty, Rhonda, David, Todd, and Amanda and Jordan
Comment | Share Posted Dec 07, 2020 at 05:09pm via Condolence