To share your memory on the wall of Margaret Mullin, sign in using one of the following options:

Provide comfort for the family by sending flowers or planting a tree in memory of Margaret Mullin.

Provide comfort for the family of Margaret Mullin with a meaningful gesture of sympathy.

Margaret Magdaline Mullin of Chepstow passed away peacefully at Brucelea Haven, Walkerton, on June 6, 2021, in her 104 year. Margaret was born on June 1, 1918, and always claimed that she ended World War I and survived the Spanish Flu.

M... Read More
Margaret Magdaline Mullin of Chepstow passed away peacefully at Brucelea Haven, Walkerton, on June 6, 2021, in her 104 year. Margaret was born on June 1, 1918, and always claimed that she ended World War I and survived the Spanish Flu.

Margaret was the youngest of ten children born to Thomas and Laura (Dietrich) Mullin. She was predeceased by her sisters Melinda, Mary (Sister Imelda) and Agnes Gregor (Harry) and by her brothers Frank (Agnes), Jim (Sybilla), John, Bernard, Patrick (in infancy), and Tom (Irene).

Margaret was raised in her family home that her father built in Chepstow and graduated from Mary Immaculate Continuation School in Chepstow in 1932. She then moved to London at the age of 14 to live with her sister in order to continue her education. She graduated from St. Angela's College, London, in 1936 and then attended Brescia College at the University of Western Ontario where she graduated in 1939 obtaining her B.A. Degree. Upon receiving scholarships, Margaret continued her post graduate studies at Loyola College, University School of Social Work in Chicago where she graduated in 1941 with a master’s degree with a Social Work major. Margaret was also fluent in both the French and German languages.

Margaret was truly a pioneer in women's education and women in the workplace. After her university education, Margaret enjoyed working with and working for the less privileged in our society. She accepted various positions throughout her career where in each new position she was able to showcase her skills and understanding of the challenges of the less fortunate in our society. The Federation of Catholic Charities of London, the Children's Aid in Toronto, St Boniface Hospital in Winnipeg, Queen Elizabeth Hospital in Montreal, and St. Mary's Hospital in London were all enriched through Margaret's employment. Margaret spent 20 years in social work in Montreal and a highlight there was the position of Director of Social Services at Queen Elizabeth Hospital in Montreal. Margaret wrote in her Loyola University magazine that she was “happily retired after 42 years of social work practice in Montreal, Toronto,Winnipeg, and London.”

After retirement, Margaret returned to her apartment in London and her family homestead in Chepstow and in her own words enjoyed spending time with family and friends, travel, reading, discussing politics, and researching family histories.

Margaret was loved, admired, and respected by her many nieces, nephews, great nieces and nephews and her friends and colleagues. Special thanks to all who cared for Margaret while she was residing in her family home in Chepstow and while she was a resident at Brucelea Haven. Your genuine caring and support was always appreciated. Margaret always felt that she was truly blessed.

Mass of Christian Burial will be held privately at 11:00 a.m. on Wednesday, June 9, 2021, at Mary Immaculate Church, Chepstow. Fr. Luc Payette officiating. A live stream of the service will be available online through Margaret’s memorial page.

As expressions of sympathy, donations to Brucelea Haven Activation Fund or Mary Immaculate Church would be appreciate by the family. Cards available at Cameron’s (519-881-1273) Donations and condolences may also be made online at www.cameronfuneralhomes.com

Receive notifications about information and event scheduling for Margaret Mullin 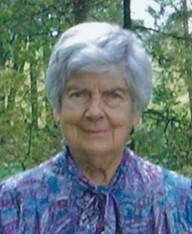 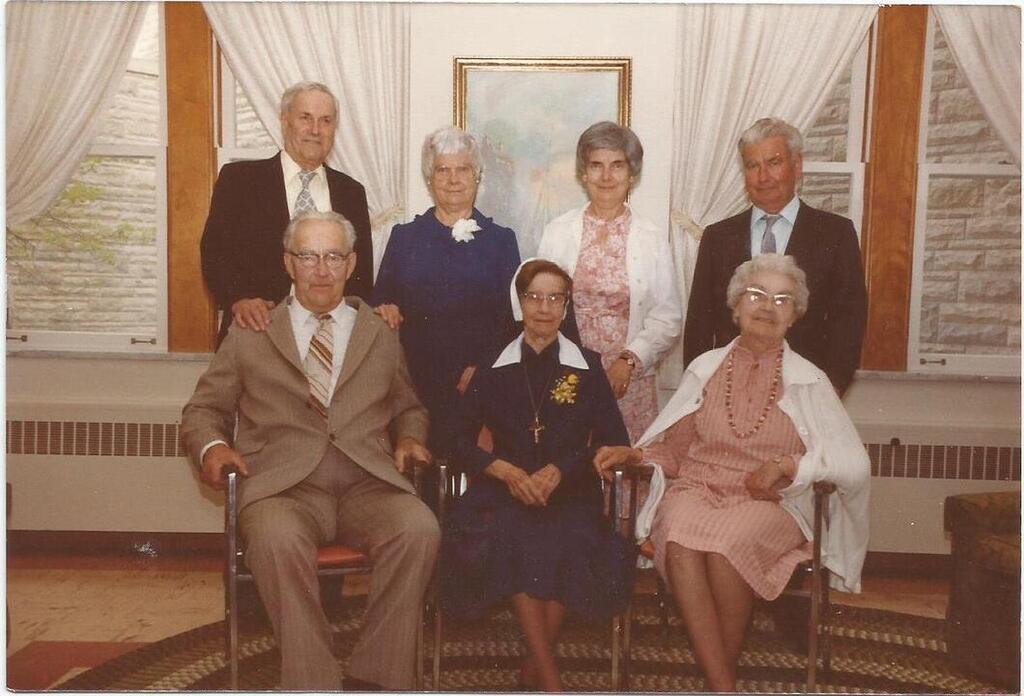 We encourage you to share any memorable photos or stories about Margaret Mullin. All tributes placed on and purchased through this memorial website will remain on in perpetuity for generations.

So much can be said for Aunt Margaret as is related in the written obituary here. However, there was a time when my father Tom would head north from Windsor with his crew of 7 kids and promptly land on the doorstep of his Chepstow home. Along with all his other siblings, Grandma Mullin too, Margaret was sometimes there. Of all the things that happened in our annual Chepstow vacation, I remember being tucked into bed early as they finally got us settled only then to be surprised, thrilled and laughing till we could no more by an attacking prowling Aunt Margaret "tickler" - much to the dismay of the others! It's a childhood memory not to be forgotten. Just for you Aunt Margaret: "Where the mountains touch the valley and where the clouds are taught to fly, where our souls may leave this land so peacefully. In our minds we have some questions, and we hope we understand, where the river meets the almighty sea.
Comment | Share Posted Jun 09, 2021 at 04:22pm via Condolence

Our sympathy to the Mullin family.
Margaret was a true pioneer in all her life experiences. Her love for history and preservation meant so much to her and she taught me to appreciate our ancestors and their tremendous contributions in making this community what it is today. Listening to Margaret tell a story about Chepstow was like reading a well written and concise history book.
Mike and Sheila O’Hagan
Comment | Share Posted Jun 09, 2021 at 08:17am via Condolence
KW

Condolences to the Mullin family. Aunt Margaret was one of the Great Ladies of her time. She followed her own path and along the way helped so many folks with her work and in her life's travels. We will miss her and those lovely visits so much and will cherish her memory forever.
Linda Stevenson and Bert McDougall
Comment | Share Posted Jun 08, 2021 at 02:44pm via Condolence
TM

Deepest sympathies from the George Lang Family. from Theresa (Lang) Montag.
Comment | Share Posted Jun 08, 2021 at 10:39am via Condolence