To share your memory on the wall of Mary Reddon, sign in using one of the following options:

Provide comfort for the family by sending flowers or planting a tree in memory of Mary Reddon.

Provide comfort for the family of Mary Reddon with a meaningful gesture of sympathy.

Mary was the seventh of 12 children born to John and Rose Anstett. Well after dementia took away her zest for life and infectious laugh, she would amaze her caregivers by naming all her siblings in their proper order, Marcel, Gerald, Francis, Jack, Wilfred, Rita, Victor, Edward, Betty, Ray and Jim. Her siblings gave her more than 70 nieces and nephews, increasing her pride in the Anstett clan. Thankfully, her illness prevented her from learning of the passing of her youngest son Tom.

She was born at the top of Mary Street in a house that was always filled with family and visitors, where New Year's Eve was celebrated with wild abandonment, filled with optimism for the year ahead, and followed by observing mass the next day. She thought kitchens were built for singing and dancing, not for cooking. However, her Dutch apple pies and butter tarts were amazing; her tea biscuits were sometimes used as hockey pucks.

Mary started working at the Bobbin Factory as a young teenager, but she never left her childhood behind. Her nine brothers made sure she had a well-rounded education teaching her how to fish, jump off Lobie's bridge, play cards and dance. Later on she added golfing, darts, and bowling to her list of sporting activities. She also loved driving, the faster the better often spraying gravel onto the lawn as she made her turn (skidded) into the driveway. Family members often recounted the time she placed a pie on the roof of the car at the grocery store, then drove home. As the pie slid back into place, she stepped out and nonchalantly picked the pie from the roof of the car as if she had planned it that way.

She loved her husband Roy who added his brother Harvey (Doris) and sister Vera (Jim) to her clan along with another half dozen nieces and nephews. Roy was a great dancer and catered to her every whim painting, wallpapering and fixing everything she managed to break. He loved to hear her laugh and found her devotion to family and church inspiring. He kept the house finances in order as math wasn't her strong suit, but she could count cards while playing euchre like a Vegas card shark. All her children and many nieces and nephews were aptly instructed in card games, but her motto was always “no cheating and be a good sport”.

Mary found solace attending Sacred Heart Catholic Church on Victoria Street in Walkerton, it's where she received the sacraments of Baptism, Confirmation and Marriage but she never missed attending a service whenever she travelled. A celebration of her life will follow when pandemic restrictions are lifted. Her final comment to her family was “love ya all”.

As expressions of sympathy, donations to The Alzheimer Society of Grey Bruce would be appreciated by the family. Cards available at Cameron’s (519-881-1273). Online donations and condolences may be made at www.cameronfuneralhomes.com

Receive notifications about information and event scheduling for Mary Reddon 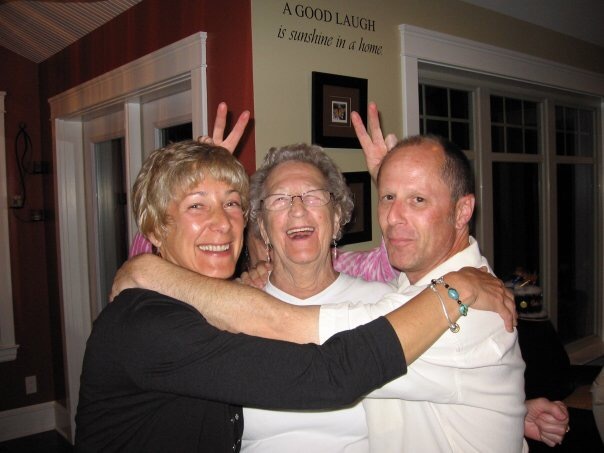 Donations are being accepted for: ALZHEIMER SOCIETY OF GREY-BRUCE INC..

We encourage you to share any memorable photos or stories about Mary Reddon. All tributes placed on and purchased through this memorial website will remain on in perpetuity for generations.

We were very saddened to hear the news of Mary’s passing. Our hearts are with the family.
Many good times were shared with Roy and Mary, especially staying over for New Years and having amazing breakfasts the next morning. I can still hear her laugh at us hungover lot. She always new that the wee flowers Doug brought her each time came from her own front garden but she always loved getting the. Mary taught me how to make curtains white, like brand new, and every time I do it, I think of her. You will be missed in many ways.
Doug and Jo Lomas, with love
Comment | Share Posted Apr 18, 2021 at 01:44pm via Condolence

Sharing in your sadness. Thoughts of Aunt Mary always trigger a warm smile. Thank you for sharing all the photos as that is how I remember her. Sincerely, Pat Anstett (John's daughter)
Comment | Share Posted Apr 11, 2021 at 02:57pm via Condolence
D

My deepest condolences. Aunt Mary was a free spirited, ageless, exuberant, non-conformist who always left an impact. Her deep love of family and friends kept her in touch with many. I visited her and Uncle Roy around 30 years ago with a friend from Guatemala and remember how welcoming they were, and how interested they were in learning about my friend. At Uncle Roy's funeral, aunt Mary was so grateful to all and upbeat despite the occasion. I thought afterwards how few people could have been so gracious and decent. Aunt Mary you were one of kind, we love you and will certainly miss you!
Comment | Share Posted Mar 18, 2021 at 02:06pm via Condolence
LM

My condolence to the to the Reddon family and especially Deb.. Mary always loved a good time and was a good sport. I will keep you all in my thoughts and prayers.
Comment | Share Posted Mar 16, 2021 at 04:44pm via Condolence
AS

I hung around with Debbie during our high school years. Lots of fun in the basement (that Mary didn't know about) My condolences go out to you and your family Debbie--Will always remember all the good times and memories.
Anne Seegmiller
Comment | Share Posted Mar 16, 2021 at 09:46am via Condolence